Empowering the individual. The power of creation and distribution is shifting from corporations to individuals. 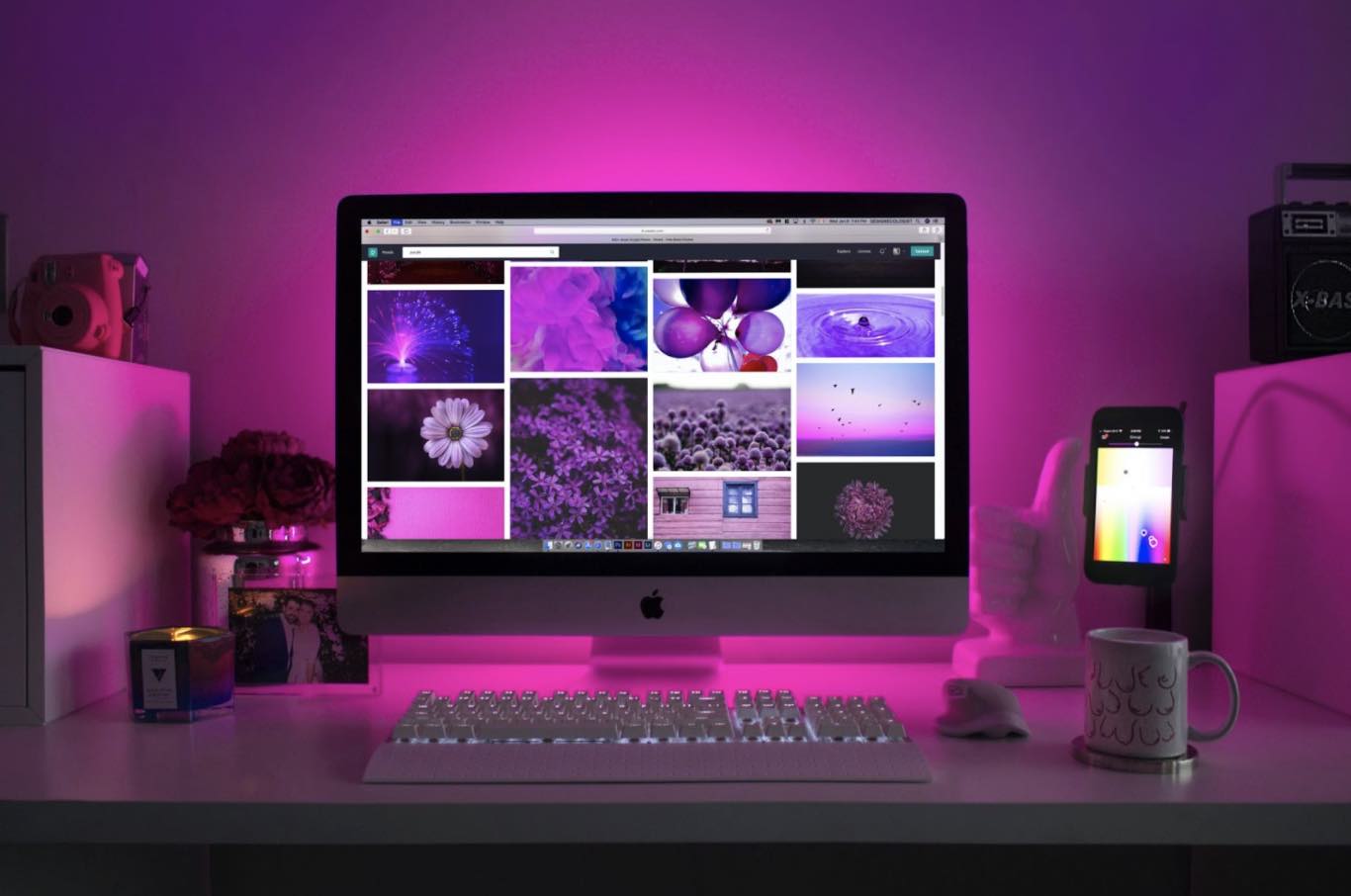 There used to be a time when products we bought and consumed were designed and manufactured by large corporations, with decades of history, entire cities as HQ, infinite decision times and endless hierarchical structures. But this is no longer the reality. We are entering an era (some would argue that we already have) where individuals with a pc and internet connection can create million-generating businesses and build worldwide-famous brands from a chair, a desk and a PC.

But how did we get here? What has triggered this shift? What is accelerating and empowering this revolution? Do we already have winners?

What has triggered this shift

I believe the first time we heard about it and realized something really big was coming was in October 2019 when Li Jin (now launching her solo fund Atelier for the Passion Economy) wrote The Passion Economy and the Future of Work. Actually, the first lines are pretty representative of what we are discussing here:

The top-earning writer on the paid newsletter platform Substack earns more than $500,000 a year from reader subscriptions. The top content creator on Podia, a platform for video courses and digital memberships, makes more than $100,000 a month. And teachers across the US are bringing in thousands of dollars a month teaching live, virtual classes on Outschool and Juni Learning.

In this article, Jin refers to enterprization of consumer as the shift from the gig economy to the passion economy, where new digital platforms enable people to earn a livelihood in a way that highlights their individuality by being accessible by anyone, leveraging on individuality of the creator and providing holistic tools to grow and operate “the business”.

We especially like these platforms since they enable forms of work that we have never seen before, being the ultimate market creators or disruptors, depending on which side you are on.

But before Jin’s post, we were already seeing signs of power being transferred from organizations to individuals, enabling them to create and distribute. We are referring to the raise of peer to peer platforms, the sharing economy and, the most obvious one, the bang of cryptos and Bitcoin, whose main thesis is avoiding institutions. Blockchain has played a key role in giving individuals the whole power of transactions, being one of the first broadly-adopted technologies enabling communication and exchange among two parties without a middleman. The last blockchain-powered-disruption we find is in the field of art and digital goods, with the rise of NFT (non-fungible tokens - unique, verifiable and traded digital assets). Thanks to NFT, among many others benefitted, digital artists can monetize their work by selling their pieces online as if they were in a gallery with millions of viewers but without commissions, fees, gallerists nor rentals. And what’s more, creators receive a cut of every transaction involving the piece even if it is in the second, third or fourth hand market.

It is worth noting that empowering individuals also means avoiding corporations, which for many years have been building businesses as services and goods providers instead of transaction enablers. Furthermore, technology improvements during the last decade have led us to a new paradigm of value creation, where the winners are businesses whose main value is enabling a transaction rather than owning one side. Amazon is a great illustrator of this transition, since more than 50% of Amazon’s revenue does not come anymore from selling the products it creates but from the Marketplace in which it allows third parties to sell their products to other users. Another great example is Shopify, allowing anyone with internet access to set up worldwide accessible stores just from their homes, what some have coined as “Business-in-a-Box” platforms.

What is fuelling this revolution

Alongside technology development, a next generation of business models has emerged at the intersection of marketplaces and platforms.

If we take video consumption as an example, 10 years ago, established corporations and producers used to dominate the industry, with millions in budgets and infinite distribution channels. But again, this is no longer the reality. First, Youtube disrupted video consumption with a platform of short videos accessible from almost any device, and now, Twitch (with +10M active streamers in February 2021) and TikTok (with 1.1 billion of MAUs - which equals to 31% of the online population) are replacing TV and Youtube; as anyone with a pc and a camera can create, edit, stream and share videos with 3.5 billion of online users.

The power of creation, distribution and consumption is moving to the user not only in retail and video, but also in media, audio, education, gaming or finance.

Substack (with more than 250,000 paid subscribers and creators making $1m a year in less than 2 years) allows writers to monetize and earn a living from their lines instead of working for a local magazine, unlocking new business opportunities like newsletters. One step further, Mirror allows writers to tokenize their essays and sell portions of their work as unique pieces of NFTs. Clubhouse (with more than 10M weekly active users in less than 3 months) allows users to host and monetize live audio sessions instead of recording, editing and posting pre-recorded sessions to podcast platforms. SkillShare and Outschool allow users to learn and acquire new skills as well as teach and share your knowledge easily from your desk. In gaming, Roblox (with more than 200M MAUs) allows everyone to become a video game developer and receive a commission of each purchase that happens in the game she has created. And last but not least, finance. We still are in the early days of Decentralized Finance (also known as DeFi), where the power of issuance, transactions and value is 100% under users; however, new use cases are emerging faster than ever and growth seems to be unstoppable.

The idea behind all these companies is that people don’t need to be gig workers for someone else; as they can build their own businesses within a category.

The market extent and business opportunities in giving the power to the user do not end here. New companies are being built on top of this enterprization of consumer, companies that unlock a better management experience for the creator and business owner.

As we are used to companies generating 1M in revenues with marketing and finance teams to manage distribution in different channels, positioning in different platforms and deciding prices. Nonetheless, individuals with business alike capabilities are growing in number and popularity and still lack the tools to run their operations efficiently. Solo Corporations (as McCormick coined those with businesses alike capabilities) have the reach and  power of large and established companies but still have the resources of a freelancer. We believe there is an exciting opportunity to create a new market by helping creators to run their businesses, optimize their business activities and provide the support that every million generating company needs, just as Salesforce, Microsoft or Zoho CRM did with corporations twenty years ago.

Today’s (and tomorrow’s) world demands new solutions and here it is where we are already seeing companies like Stir (which centralizes financials for creators on different platforms), Commsor (aggregating community data through integrations with creators’ tools), Circle (managing interactions with creator’s community in one place) or Karat (corporate card for creators) taking the lead. The set of companies built around creators to help them not only easily create and distribute content but also become real business owners is set to expand creator’s TAM even more.

Creators are the very first winners of this new era

There used to be a time that creators could only live in established distribution platforms like Youtube, Spotify and avenues, where it was extremely hard to make a living out of it and only a few got to succeed (mostly because of monetization models involving infinite players). Today, everyone who wants to be a creator (29% of American kids wants to be Youtubers) can record and post a video on different platforms, write and distribute a newsletter, host a podcast for free or stream for hours from their homes; and what’s more, they can monetize it through an audience willing to pay for content they really care about. And on the other side, consumers now have the opportunity to pay for the content they really want to see and not for the whole package. For instance, it is possible to subscribe to one writer in Substack or one Streamer in Twitch instead of buying the entire magazine or paying for the whole TV station.

And with creators with a fan base already built, this flywheel is even better: converting existing social channels into sales channels gives creators a huge advantage in customer acquisition.

While it is important to be aware of the differences between platforms that enable users to become creators building his community from the ground and platforms made to leverage on an existing user base already built, the lines between both are starting to blur and almost every platform is being used by both cases for creators to monetize an outstanding skill set, reach a broader audience and become a business by themselves.

Before closing, it is worth noting that there is a whole new world when it comes to monetizing an audience built in any of these platforms, from the most traditional methods like product placement and sponsored content, to paid subscriptions, tipping, merch (we consider NFTs as a form of merch), virtual events or meetups and fan clubs. Nonetheless, the increasing number of platforms for content distribution is leading to a fragmented landscape where content is spread among too many different platforms making monetization even harder to define. Monetization for creators still has to catch-up with innovative models enabling content creation and distribution as well as community creation, but we feel we are on the right path as we are already seeing with Streamloots, Cameo, Ko-fi or Looped.

At K Fund, we are excited about empowering teams that empower other individuals. We are excited about partnering with businesses that allow others to become businesses by themselves, as well as optimize their journey and growth. We love those looking at new ways of monetization as a potential solution for the Solo Corporation, or those enabling new ways of becoming and managing a brand. We are waiting for you!!