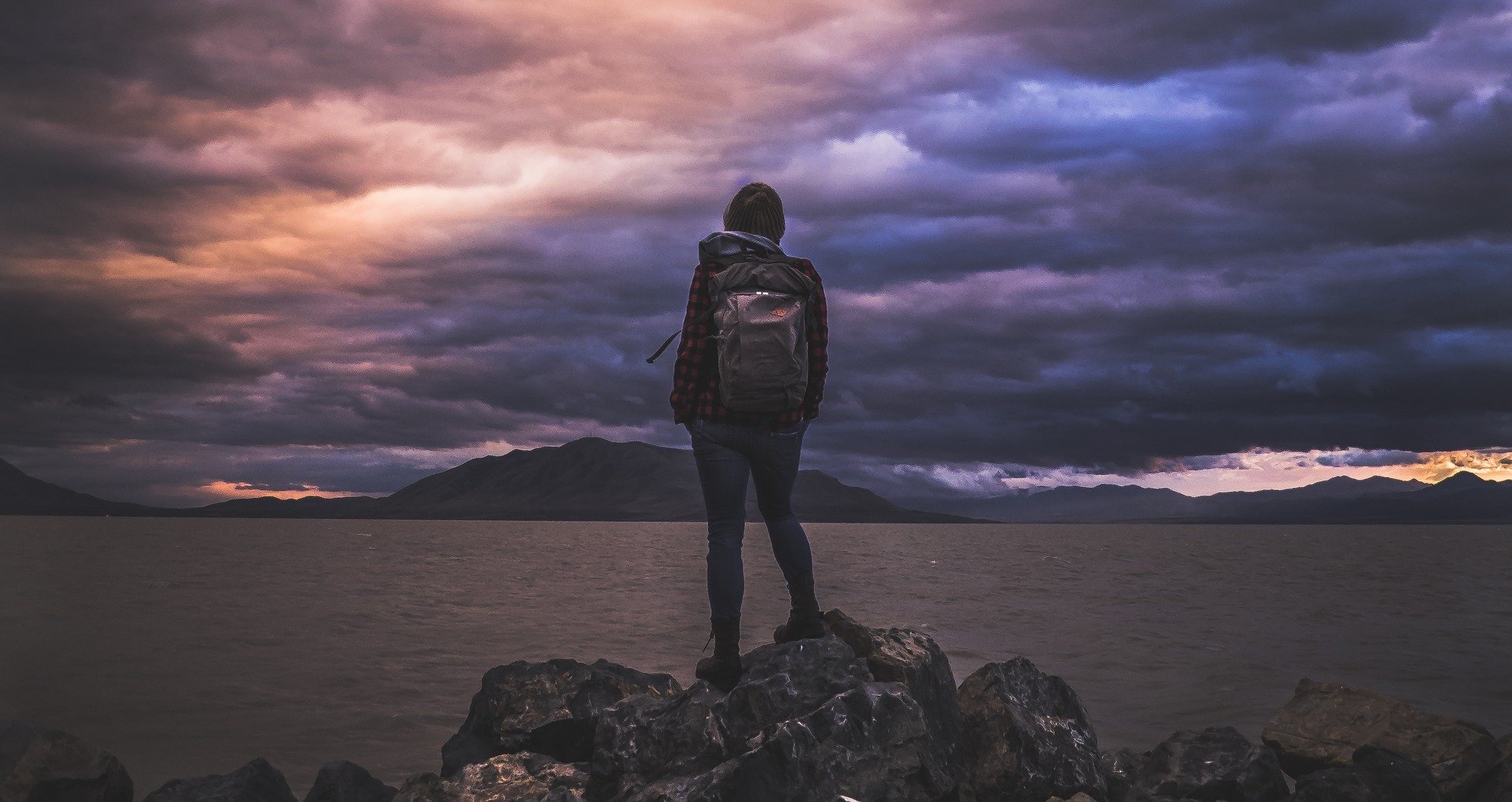 I want you to picture a successful entrepreneur. I bet very few of you are thinking of a woman. This is not strange, since a great majority of founders are men. In the US, 40% of startups are being founded by women (Kauffman Index, 2016), but only 10-15% (Howell & Nanda, 2019) of the VC-backed startups are. At the same time, women receive lower investments than men, as they only receive 2.7% of total VC funding.

These ratios can, of course, change depending on a country/city, but women are consistently underrepresented. For example, Boston, with 30% of startups being founded by women, is one of the tech hubs with more women entrepreneurs (Berger, Kuckertz, 2016 & Hermann et al. 2015). In Spain, 7% of men are entrepreneurs generating employment, while only 3% of women are.

It is true that women tend to prefer less tech intensive sectors. For instance, a survey in Germany found that 26.7% of men founders created a SaaS company, while only 5.0% of women founders did. On the other hand, 22.1% of women founders created an analogue service company, while only 5.8% of men did. However, when comparing startups from the same sector or with comparable business models, there are no differences in terms of financial KPIs between men and women (Demartini, 2018). The only difference is the amount of funding received.

If venture capital firms aim to back the best business ideas directed by the best entrepreneurs, why do women receive less funding than men? This is a question that a lot of researchers have studied, and we’re going to try to get some answers.

According to various studies, women entrepreneurs ask less often for funding than men, and when they do, they ask for less. A paper analyzing the data from the Panel Study of Entrepreneurship Dynamics (PSED) of the University of Michigan arrived at this conclusion (Kwapisz,  Hechevarría, 2017). Another study from the 10,000 Women initiative from Goldman Sachs, where women entrepreneurs were tutored in their entrepreneurship journey, discovered that most women participating never asked for funding.

Roxanne, Californian, is director of STATION F in France, the world's largest startup campus, and also a Sequoia Capital scout. She previously led Microsoft Ventures in Paris and was also an editor for TechCrunch’s French site and an entrepreneur herself. She noticed that women do not apply as spontaneously as men to their programs at STATION F. However, once women are invited to apply, they do, which results in more female-founded startups being accepted.

Women tend to feel they face barriers when asking for capital. Even though this is a perception, this assessment may contain some truth. Having an external, non-founder advisor or coach increases the likelihood of asking for funding (Kwapisz, Hechavarria 2017). Therefore, female entrepreneurs would be advised to have one, if they feel this way.

Knowing a lot of people and making friends is always beneficial in life, but in tech, this may be even more relevant. It can be a source of mentorship, mental health support and, of course, funding.

Female founders tend to network less than male founders. Surprisingly, research seems to indicate that the networking female entrepreneurs do is almost exclusively with other women (Klyver and Terjesen 2007; Hampton, Cooper, and Mcgowan 2009). Women founders also tend to have small networks made of close people, while male founders have larger and more diverse networks (Neumeyer, X., Santos, S.C., Caetano, A. et al., 2019).

In a world where the grand majority of those employed in VC firms are men, this may (sadly) be a problem. In Roxanne’s experience, “VC is a network and pattern based business, meaning that many VCs will not look outside of their existing networks or will invest according to pattern. Given that many VCs are men, their networks and patterns may be more male-driven.”

A natural experiment was run in the Harvard Business School’s New Venture Competition, which found that adding an additional VC judge in a panel increased the likelihood for a male founder to receive funding but did not for women.  This was due to the men reaching out to the judges after the event more often than women (Howell & Nanda 2019).

Anna Hushlak, co-founder of Ferly, another K Fund-funded startup, is a living example of a woman trying to make a real change for other women. “For us, starting a business committed to the sexual empowerment of women and folx with vulvas was an opportunity to put health in the hands of consumers, to smash taboos and to support the 51% of women struggling with sex.” - she claims.

Research shows that in the US, VCs tend to favor male markets over female markets (Balachandra, 2020), and that female founders in historically masculine markets raise less capital than their male peers (Kanze et al. 2020). However, Clara is optimistic and believes that investors are as interested in ‘feminine markets’ as any other. And this is good news!

On the other hand, Anna thinks that male markets tend to be prioritized, although women make up the majority of the world’s population and are often the primary household spenders. “No one has to explain the importance of viagra or erectile dysfunction - whether that’s through the lens of health, market size, user pain, financial opportunity, etc. yet for some reason, women’s health (and market) continues to be systemically treated as secondary”, she says.

However, there is hope. “I lived the fundraising process with total normality. VCs analyzed our project fairly and I felt totally comfortable” Clara explains.  She is used to lead her own projects in male dominated sectors.

Education and motherhood: the unfinished business

“I just woke up from egg retrieval surgery and feeling super relieved to be done with it. Female founders: if you are delaying having kids to work on what you love, I highly recommend doing egg freezing early.” tweeted Laura Behrens, founder, and CEO of Shippo ($104M total funding).

These kinds of comments are not new. Women still carry the weight of housework and some chose to postpone motherhood. In Spain, 84% of women cook and do housework, while only 42% of men do (Gender Equality Index, 2019). Clara, now a mother herself, reminisces on an advice she was once given:  “You will not be able to always be a top entrepreneur and a top mother at the same time. So be kind to yourself”.

Anna agrees on the intensity of a founder’s life. “(...) when you run your own business, especially a business that you believe in and where you've committed to a community, there is no such thing as work life balance. Your work is your life and vice versa.” to which she adds: “Whilst a lot of people see this as a bad thing, it's actually incredibly powerful. It's what makes you show up time and time again no matter how much uncertainty and unknowns there are.”

Clara warns female entrepreneurs on the influence a partner can have on their professional career: “One of the main strategic decisions in your entrepreneurship journey is who your sentimental partner is.” To what she adds: “In order to have a better chance as an entrepreneur, your partner should be your biggest fan, believe in you, and be very proactive on household duties so that you do not end up doing more than your fair share.” – This is not the first time I hear that. In this line, Azahara García Espejo wrote a whole article about this!

“Family may have an impact on your life as an entrepreneur but in Western Europe there is far less pressure on women to get married and have children as in other countries”, Roxanne remarks.

The way and environment in which we educate our daughters is crucial as well. Anna highlights the lack of representation and role models within minorities, both as founders or as VCs, which can be discouraging for young girls. Clara sees a correlation between playing team and strategy games as a girl and becoming a manager. When she was growing up “girls were not educated to lead their own projects” but she feels lucky since she had her father as a role model. “We need to change the values we instill in our daughters, and tell them that it is alright to shine, lead and take risks.”

There are grounds for optimisim

We can be optimistic about the future of female entrepreneurship. There are an increasing number of inspiring, smart, and successful women that will be role models for the generations to come. Roxanne sees that male founders are now actively seeking female co-founders and entrepreneurs are more conscious about the gender diversity in their captables. As Anna puts it “it's a work in progress, but it is in progress”.

Diversity is something that the tech ecosystem can not ignore, and according to Roxanne, this will become a priority for those not wanting to miss out on great talent and investments. This will probably imply a “look where you don’t usually look” perspective.

If you have a tech project, even if you are unsure if you need funding right now, reach out to K Fund (send us an email at dealflow@kfund.vc or reach out on Twitter), we will certainly get a look at it. At the end of the day, girls just wanna have fun funds.

In the meantime, let me share some useful tips. You probably know them already, but it never hurts: 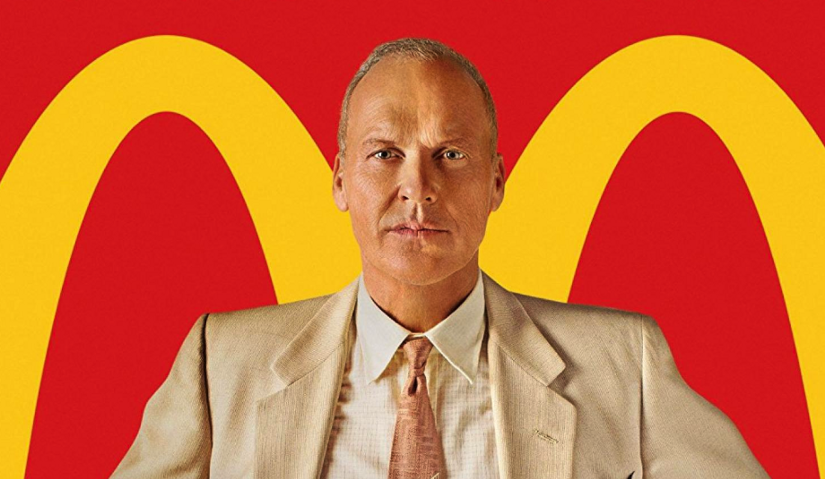